Building steppingstones to a better future 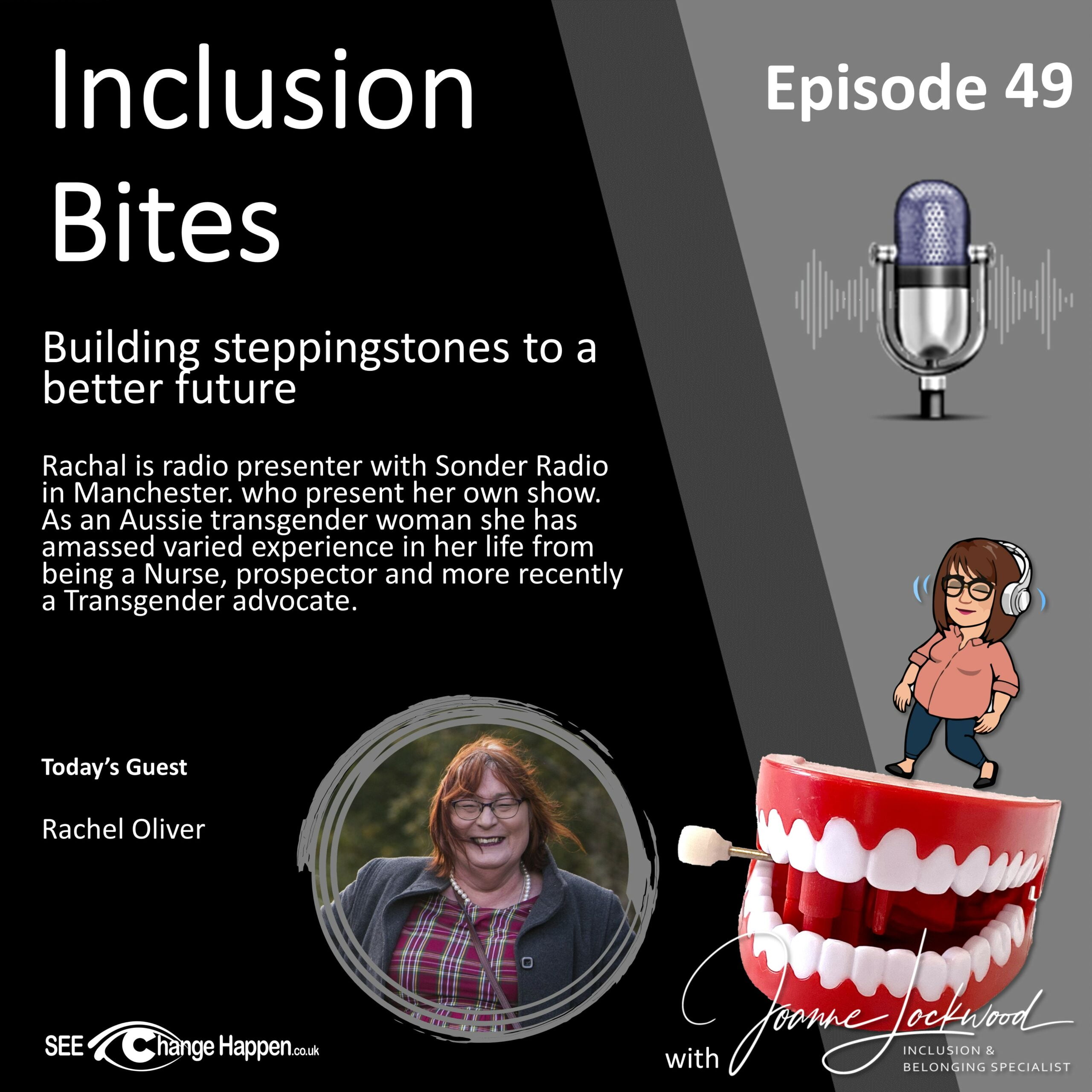 Building steppingstones to a better future

Rachel is radio presenter with Sonder Radio in Manchester. who present her own show. As an Aussie transgender woman she has amassed varied experience in her life from being a Nurse, prospector and more recently a Transgender advocate.

Rachel is a dual national who sees her home as Australia, despite being born and now residing in the UK. She lives in the North and is proud to possess a unique mix of accents. She now works as a broadcaster after a career in nursing, a talent she says she has always had but that needed the right set of circumstances to come out.

Rachel started transitioning in her early 50’s, so has been living as a trans woman for nearly 12 years. Despite this being a huge part of her life, she does not want it to define her, although this does tend to be what others focus on. Since her transition she has seen enormous changes in how trans people are perceived and believes that headway is being made, although worries that some of this progress is being lost and that the LGBTQ+ have to defend rights that once were ‘just there’. Both Rachel and Joanne say there are still areas of the world that are not viable for the LGBT community, where the members may not feel comfortable or that they need to try and hide their true selves, something that is not possible for trans individuals. Rachel feels that the world has shrunk/become narrow for the community, something that she finds quite scary. Joanne has faced no issues with traditional western Europe, just feels that she would need to be more cautious the further east she travelled.

Before transitioning Rachel had no experience of the LGBT community but the second she started taking hormones she was thrown into the world and told by society that this was where she now belonged, so had to find where she fit. She now feels confident that she has found her place, but at the beginning had to almost take herself on a crash course to learn about this new world. This was a space she had got away with not knowing anything about, but as soon as it affected her life and how society viewed her, she needed to know everything about it. Rachel believes trans gender individuals often have a different viewpoint on society, having experienced it from both male and female perspectives, something Rachel believes should be nurtured and ensured is passed on to the next generation and assist in moving away from binary rules. She believes those that have come before identified the issues that the community faced and it is now our generation and future ones that need to carry this mission forward

Learning to talk, to listen and to learn
Equality is not just a ‘nice to have’, it is a must