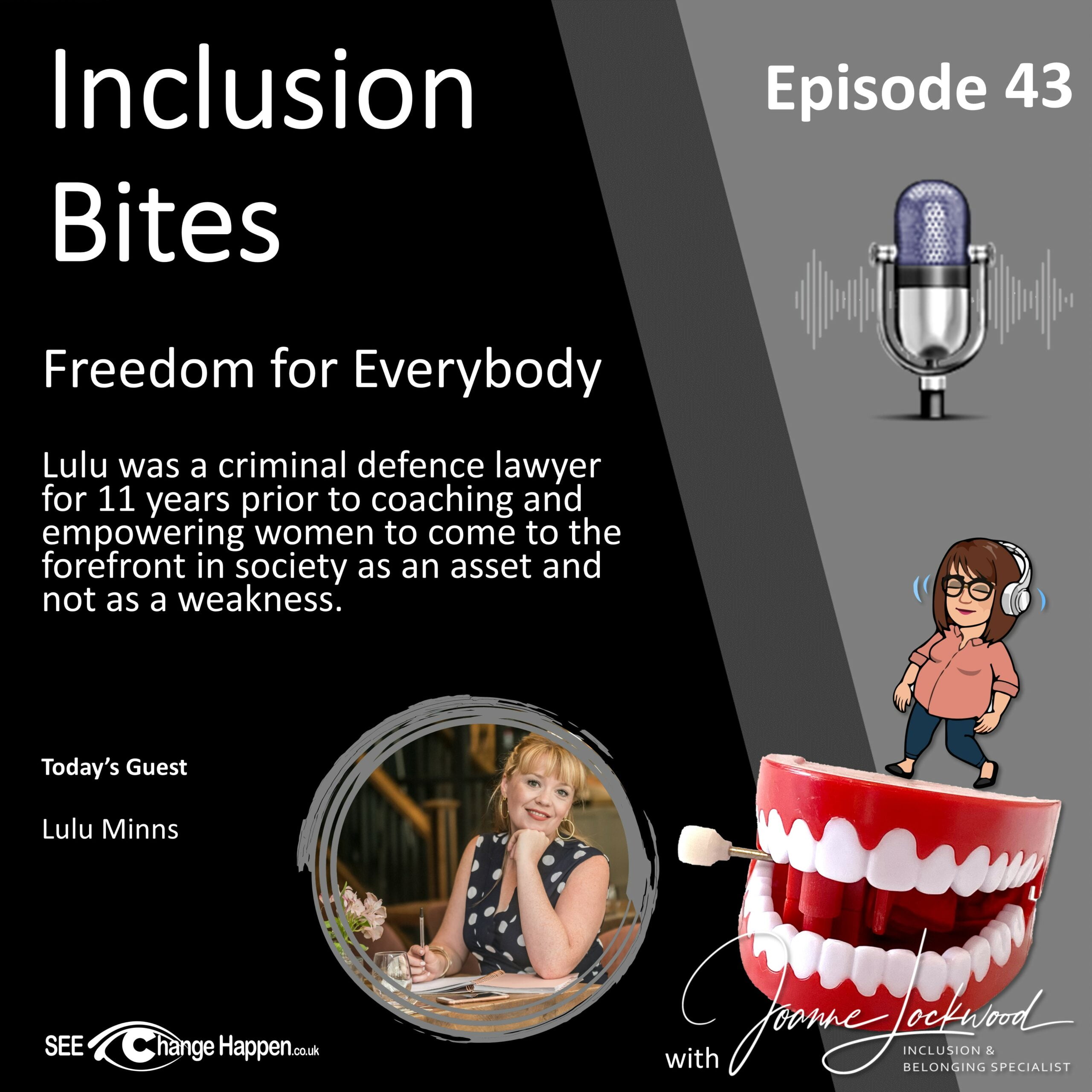 Lulu was a criminal defence lawyer for 11 years prior to coaching and empowering women to come to the forefront in society as an asset and not as a weakness.

Lulu used to be a criminal defence lawyer, fighting for people’s freedom from incarceration. She is now a coach and uses the word ‘rebel’ and all ‘rebels want freedom’ in her branding, especially the term ‘she rebel’ those who don’t just want freedom for themselves, but for everybody. Lulu believes as a society we are on a tipping point of exploring what this looks like and how much women have to contribute to this narrative.

During her time as a lawyer as her confidence grew and she was able to be more assertive and vocal in court, so did her frustration with what she perceived as systematic injustices. Lulu knew this was something she needed become part of if she wanted to continue to flourish, leading in part to her decision to leave. Reflecting on her experience she says she was, as a woman quite naïve and didn’t recognise that many of the behaviours she was being asked to tone down were due to her gender. Lulu needed to have a certain energy to deal with this on a daily basis, something she found exhausting.

As part of her coaching Lulu runs retreats for women as a way to give them time, something that especially with COVID they often either do not have enough of, or feel they deserve. When women burn out everyone around them is affected due to the connection and nurture they have for others. This lack of time is one of the biggest challenges her clients face along with a lack of confidence and lack of permission born from their conditioning to not break the rules. Lulu’s background is in criminology, and she calls this the ‘double deviant’ so if a woman breaks the rules it’s not only the rule she has broken, it is also the rule of being female she has broken too. She argues that there is almost a double punishment, something that is evident in the criminal justice system and in corporate positions. This results in women spending a lot of time double checking themselves, time and energy that could be spent on other things.

Many of the books and films that Lulu and Joanne were exposed to when they were younger reinforced the stereotypical male and female roles. For younger generations it is only more recent films such as Frozen and Brave where women are the heroes and save each other/themselves. We haven’t always had this privilege or these role models and this needs to increase so we have roles where women are being women, not acting like men. More feminine based skill sets do not seem to be valued and we feel we have to work harder to be taken seriously. 75% of the worlds unpaid work is completed by women, so Lulu says this needs to be broken down to see which tasks they unload so that they can focus on their own genius, sometimes just needing to break the cycle of the mundane.

Losing the Labels
Being a woman in a man’s world