Will Diversity and Inclusion “Just Happen”? 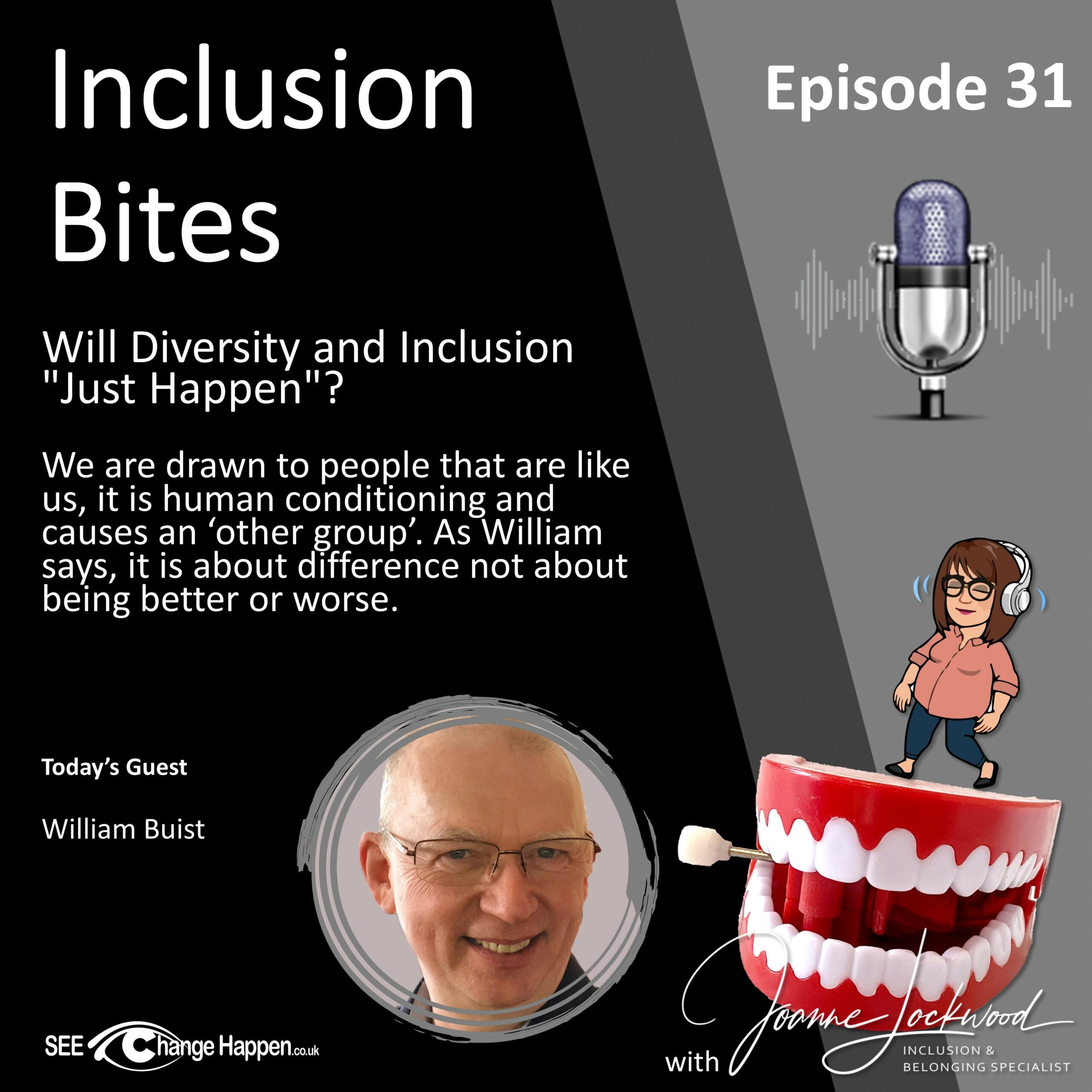 Will Diversity and Inclusion “Just Happen”?

We are drawn to people that are like us, it is human conditioning and causes an ‘other group’. As William says, it is about difference not about being better or worse.

There has been a lot of legislation to ensure that we are treating everyone as equals, but this has made some people believe D&I has happened, or that we don’t need to do any more. If we take that stance, to let things run as they are, change will still happen but too slowly.

William believes, as a white male he has had an unfair advantage all his life, something he says he was not always aware of, because it is invisible. He has seen others struggle to overcome the disadvantages the world has thrown at them and realised that he would not necessarily have faced the same obstacles. He believes those with a position of privilege need to consciously act and step away from it to level the playing field. He argues that legislation intended to level the playing field has merely disadvantaged traditionally privileged groups, rather than address the route cause of the imbalance, causing a perpetuating cycle of discrimination and resistance to change.

We are drawn to people that are like us, it is human conditioning and naturally causes an ‘other group’. However, this is about difference not about being better or worse, although it is often interpreted as that. When asked for recommendations on speakers, William realised that he would only suggest people he knew and could vouch for, and at that time these would all be predominantly white males. Noticing this he made the conscious effort to extend his circle and become professionally acquainted with people from a wider variety of backgrounds. William says instead of concentrating on our differences we should be celebrating them and what they can teach out, he wants everyone to look at where they may have an unintentional bias or a less inclusive group and what they can do about it, because that is how change will happen.

Lockdown has allowed for more exclusivity, something that William has noticed especially with networking events. The move online has opened these events up to a wider audience who may have not been able to attend physical events due to childcare, mobility issues etc. People are just people, and everyone can bring value, irrelevant of their history or background and we need to break down the fear of ‘other’, and of anyone not like us. Fear is not based on anything systemic; we just need to build familiarity and trust and the lockdown medium of technology has really helped with this. William hopes this continues when we move back to a more open society, can we continue to be as inclusive?

We have equal pay legislation for men and women and have had it for a long time but there is still an imbalance. We need to start looking at these problems from a different viewpoint. Rather than try to fix the world as it is, what world do we want to build for tomorrow? Within workplaces a hiring managers unconscious biases will see them favour a certain type of employee. Similarly, with roles requiring a certain amount of experience, which increases with the seniority of the position. If to become a Board member at a firm requires 10/15+ years’ experience you need to have been able to get into a senior position that many years ago, at a time where these roles were predominantly filled with white males, making them the only candidates likely to meet the experience requirements. In this way we are perpetuating the problem without realising it. What does this requirement for hiring mean we will get from the available candidate pool? What are we trying to achieve by asking for this and can people have the right skillset with less experience? People need to be able to see how much more they can achieve with an inclusive and diverse workforce or customer base. William believes people often do not know where to start. It is a big undertaking, especially within organisations as it needs a whole office attitude change, investment in training and development and even a look at the infrastructure, so you have to be fully invested in the outcome.