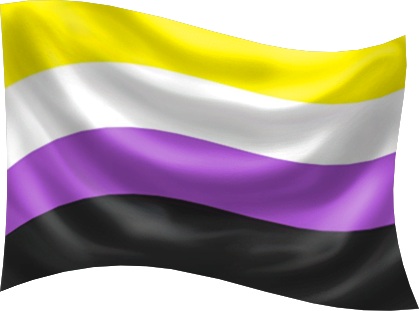 Non-Binary refers to someone who’s gender does not fall strictly within the category of man or women, as used in the 21st century by western society.

Non-binary can be a gender identity on its own, or it can be used as an umbrella term for anyone whose gender is something other than male or female.

Some people may also use the term genderqueer interchangeably with Non-binary.

Non-binary is included in the umbrella of transgender, although not all Non-binary people identify as transgender.

Also often also known as, or shortened to enby, or NB.