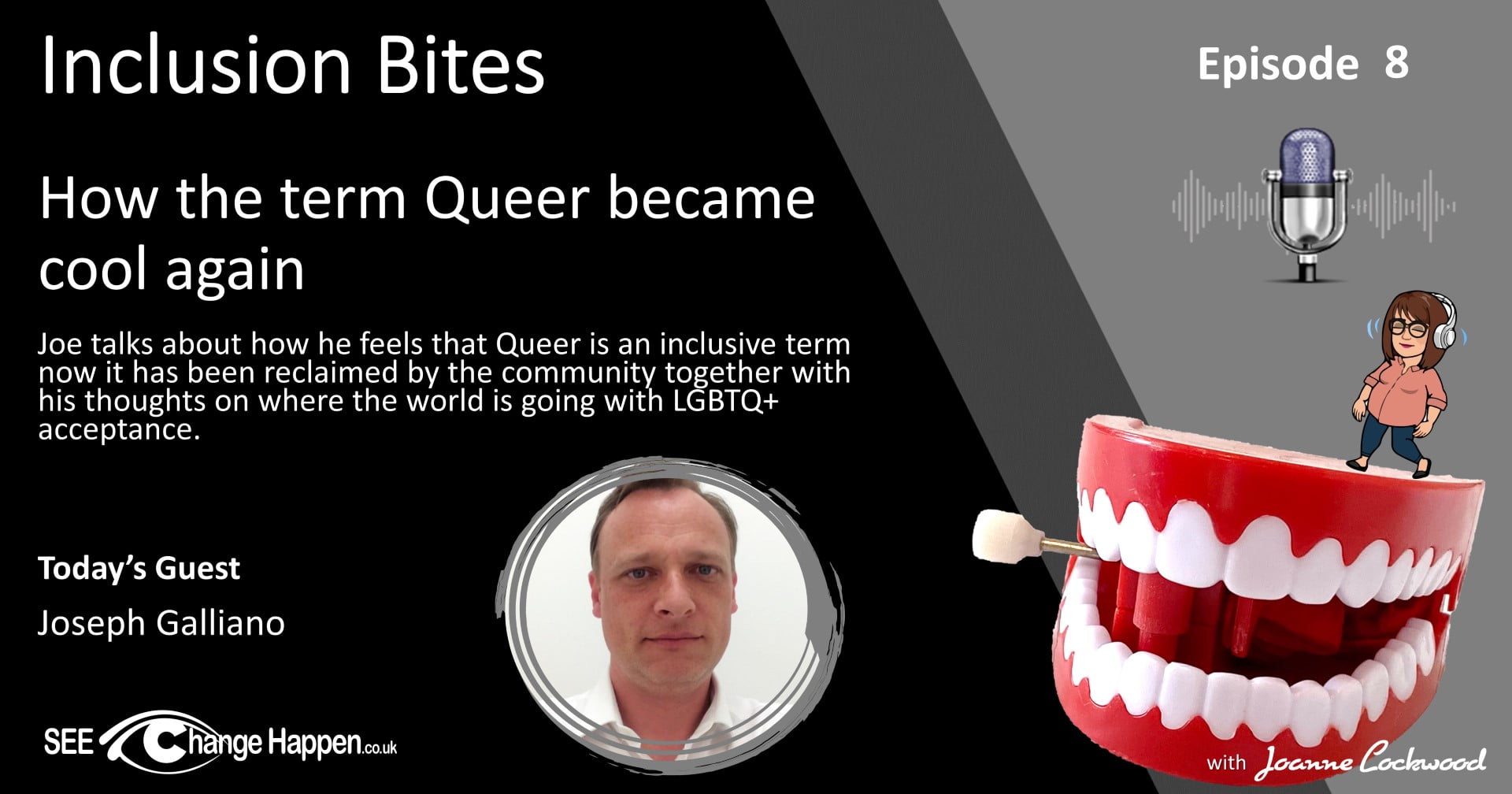 Joe talks about how he feels that Queer is an inclusive term now it has been reclaimed by the community together with his thoughts on where the world is going with LGBTQ+ acceptance.

In this episode Joe talks about his career and times spent in the pursuit of LGBTQ+ visibility as a journalist, editor of gay times and most recently as the co-founder of Queer Britain, which is the first fixed location museum of Queer History based in London. Joe also talks about the onslaught that trans people are facing at the moment and the struggle that some queer people are having during lock down. We are even joined at one point by Joe's mum who interrupts us with a "hello son" phone call - the joys of bringing out whole family to work with out remote working environment. Please join in the conversation and leave your comments below.

Joanne sits down to talk to Joseph Galliano the Co-Founder of Queer Britain to discuss ‘how the term queer became cool again.’

When Joe and his team were considering names for Queer Britain, they decided upon queer because they felt it was the most inclusive term within the acronym LGBT and the only moniker that everyone could stand underneath. Going back to the early 90’s people started to embrace the word queer, almost as an act of defiance and claiming it back as an identity to be proud of, rather than being used as slur. This allowed for it to be embraced and used to mean something to each individual, it is all about where the power resides with a word, the intent.

Both Joe and Joanne note that the lockdown restrictions we have faced due to COVID-19 have be particularly tough for some queer people, who may find themselves in a hostile environment, or one where they are not able to be themselves, especially if closeted. People may be ‘out’ at work, but not fully at home and lockdown will really magnify this as they do not have the rest bite their workplace may have offered. Joe feels as a gay man that workplaces are getting better at allowing people to be more authentic and feel celebrated, although this can be hugely variable and situational. A quote by William Gibson says, ‘The future is here, it is just not very evenly distributed’. People’s experiences can be quite different based on race/sex etc.

Joe feels that a lot of progress has been made in terms of acceptance – when he was growing up a boyfriend he lived with aged 23 could have been arrested just for living with him. But he is aware when progress is rapid, it can also be undone quickly and he wants to lockdown the gains that have been made, something he is working towards with Co-Founding Queer Britain. Queer Britain is the first fixed location museum in London and has been set up for everyone, regardless of sexuality or gender identity to create a sense of community. People do not want to be the subject of debate and a lot of the rhetoric in the media regarding trans people, echoes how gay men were once spoken about. You can almost read history to make sense of what is happening now.

Both Joe and Joanne believe we need to be conscious of the language we use – for people that question their identity there are quite a few intricacies to navigate in everyday conversation. When someone is misgendered, do you automatically correct them? How do you introduce partners? We all make automatic assumptions when we meet someone, and you project these. We all have multiple identities which make up who we are but these are all social constructs and labels, they are not intrinsic to who we are. At the end of the day everyone just wants to be allowed to be who they are. Joe hopes we come out of this pandemic with a better sense of community.