She/her, He/him: what’s all the fuss about? 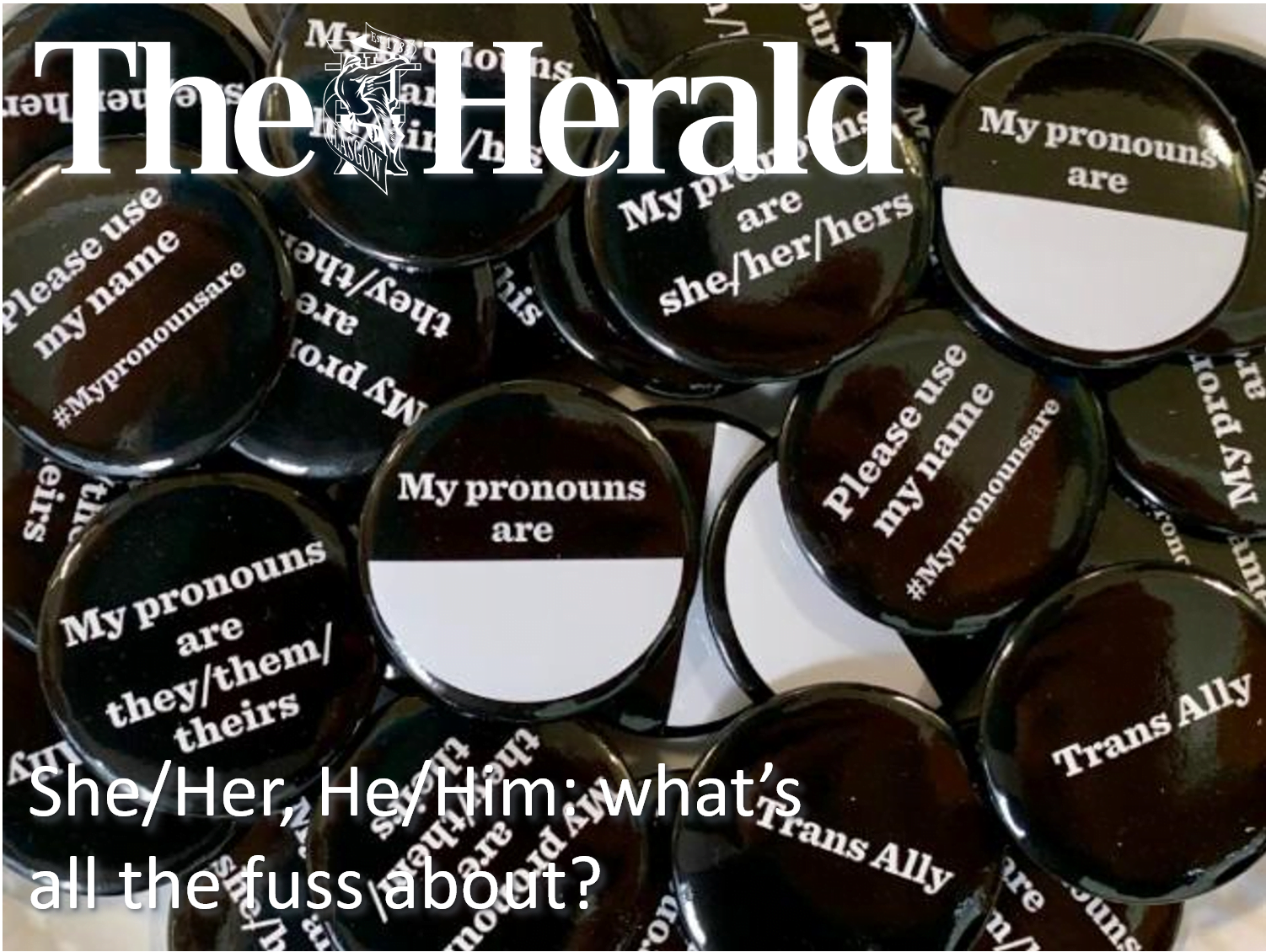 She/her, He/him: what’s all the fuss about?

When I left school some 40 years ago, I was awarded a D in my GCE English O level. I wouldn’t have known what a pronoun was back in those days if it hit me between the eyes.

Now we cannot escape from pronouns appearing everywhere. Surely knowing what someone uses for their personal pronouns is kinda tedious, don’t you think?

Let’s start with a quick recap on what a pronoun is. According to the Oxford English Dictionary: “A pronoun in English (I, you, he, she, it, we, they, me, him, her, us, and them) comprising a set that shows contrasts of person, gender, number, and case.” So basically that means instead of my name you can refer to me by my personal pronoun, which in my case is “she” – “Joanne wrote this” or “She wrote this”, if I am already in context.

In fact the etymology of “pronoun” can be traced back to Late Middle English from pro – “on behalf of” – plus “noun”, or the Latin pronomen (from pro, “for, in place of”, plus nomen, “name”).

So what is all the fuss about, and why have people started adding these to their email signatures and social media profiles?

In fact LinkedIn has just released an update that allows you to have your personal pronouns as a separate field on your profile – wow!

The reason that this matters to many people is that they may not identify with the gender they were assigned at birth – they are transgender or non-binary, or do not conform to the stereotype of gender norms, in which case they wish to express their person gender pronouns to avoid being inadvertently “misgendered” by someone who may not know them well enough to understand their identity.

People who are non-binary don’t identify as either male or female and often use the personal gender pronouns “they/them/theirs” in the singular form. For example, “someone has left their cup on the table, I wonder who they were, when I see them, I will give it back” – simple!

June is the start of the Pride Celebrations, a time when the LGBTQ+ community comes together with its allies to promote inclusion for all people, regardless of their diverse sexuality or gender identity.

As an ally, you will understand the importance to some of sharing your own pronouns and being visible as a supporter. By adding pronouns to your own signature or profile it shows that you have thought about what it means to others, it opens you up as a safe and understanding person to anyone who is gender non-conforming in some way.

This is a personal choice – you should only express your own pronouns once you recognise this.