Autism from an Autistic parent’s perspective 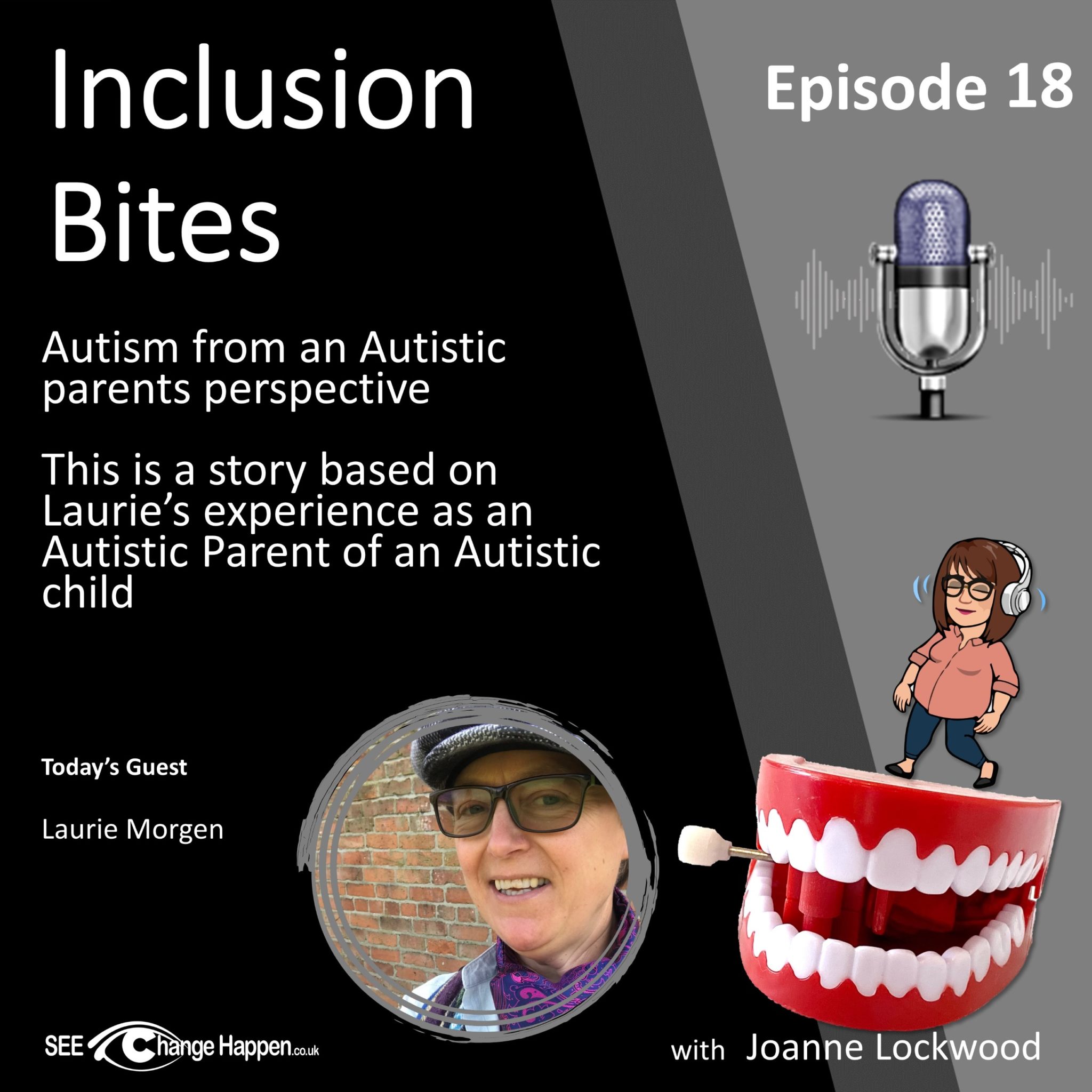 Autism from an Autistic parent’s perspective

Join Laurie as they give a no-hold bared view of how their are so many misconceptions of Autistic People, the language, terminology and tropes that propagate many myths. Laurie is themselves an autistic person and is also the parent of autistic children. They share some insights of the challenges they face parenting and in the world of other parents and society. Laurie is a trainer and speaker on the topic of autistic and neurodiversity inclusion to make the workplace accessible.

Joanne sat down to talk to Laurie Morgen to discuss ‘Autism from an Autistic Parent’s Perspective.’

Laurie recently published a book called ‘Travelling by Train, The Journey of an Autistic Parent’. The consistent theme that she has heard from parents through her research and the autism training she delivers is that once their child receives an autism diagnosis they are also given a long list of things they are never going to achieve; they will never live independently, form successful relationships, learn to drive etc, all the things we expect human beings to be able to do. This sets the bar of expectation exceptionally low; if we do not expect our children to be able to achieve these things, then why do we bother? It is a mistake that professionals make, signing these children off before their life has begun. If professionals have negative connotations about autistic people, then their opinion of an autistic parent with an autistic child/children is that they are not capable of raising their children, they are seen as being somehow deficient as a parent. We should be challenging autism myths and having a more open dialogue about autistic people as parents. Without this they are at risk of having their children removed from them, or having unnecessary involvement from social services etc.

It has only been in relatively recent years that people have been receiving autism diagnosis, and while Laurie acknowledges that progress is being made, she wants more. She was only diagnosed herself at aged 44 when she was researching for her son and recognised the symptoms in herself. Being dyslexic now does not have the same stigmas attached to it as it did 40-50 years ago, so Laurie’s hope is that the same happens with autism and it is seen in a more positive light. The original studies of autism were not conducted by trained psychologists, which a lot of our subsequent understanding has been based on. They only studied boys and it remains even today much harder to diagnose girls/women, as most of the research is on typically presenting males. Laurie further questions this research by suggesting that perhaps the children in these studies were not showing empathy because they did not understand what they were being asked to do, or were frightened, which masked their emotions? These studies were conducted in laboratories in artificial circumstances, so were the children presenting in ways that were not usual for them. If they were studied in their natural environments would we see a completely different picture?

Laurie feels that she is representing the autism community, even if she says she is an individual there will be others that experience the same difficulties she does. She wants to honour the community by being a mouthpiece for them and representing them in a positive light – by being presentable, articulate she automatically busts a myth. Autism is not a learning difficulty, a higher proportion of autistic people don’t have learning difficulties, over those that do. Another myth is that Asperger’s and Autism are separate, when in fact the terms are used interchangeably. Asperger’s is a form of autism and comes under the autism spectrum. It is a functioning label, and you can be disadvantaged by these as it adds confusion. A person must fit all negative criteria to get their diagnosis, but then to get support and help they look at all the things you can do.

Laurie finds that she has difficulty relating to women, she is generalising with this statement but notes that they often provide more information than they necessarily need to when explaining themselves. Laurie refers to this as Country lane conversation, whereas autistic people tend to be motorway thinkers and motorway talkers, very direct. She feels we could all benefit from an autistic person’s efficiency, by learning to be more direct and ‘cutting to the chase.’ Laurie believes that within the recruitment process social skills should not matter, and that a person should be judged solely on their ability to perform the duties related to that role. We should stop worrying whether they will fit in with the company’s culture.