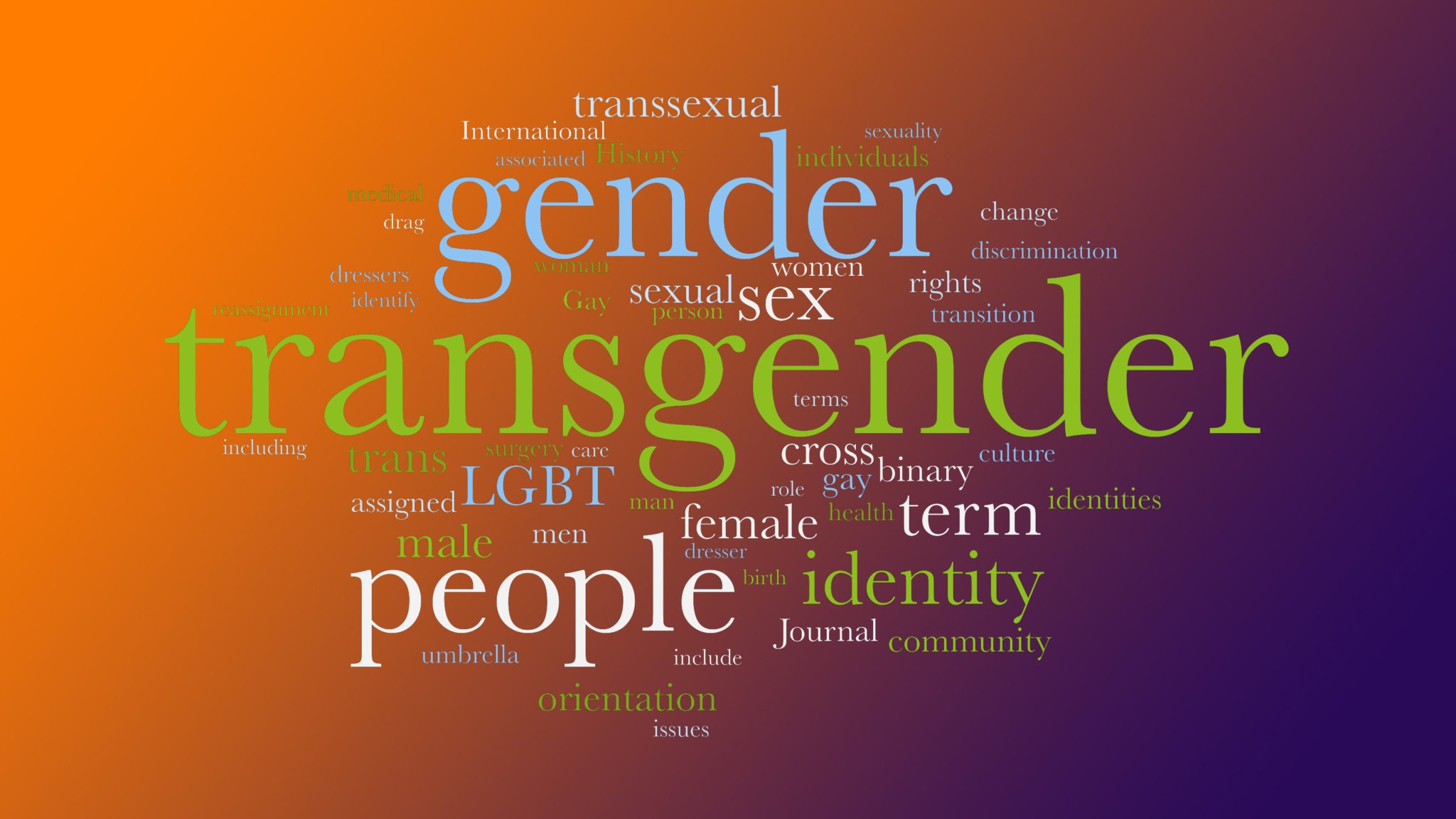 When describing, referring to, or talking to transgender individuals, please use the correct term or terms to describe their gender identity and understand the person’s Names, Pronouns and Titles.

Avoid pronoun confusion when examining the stories and backgrounds of transgender people prior to their transition. Ideally a story will not use pronouns associated with an individual’s sex assigned at birth when referring to the person’s life prior to transition. Try to write or tell a transgender person’s stories from the present day, instead of narrating them from some point in the past, thus avoiding confusion and potentially disrespectful use of incorrect pronouns.

It is commonly accepted that using the singular “they” to describe people who “identify as neither male nor female.” It is increasingly common for people who have a nonbinary gender identity to use they/them as their pronoun.

Using the pronouns and titles that matches a person's gender identity.

A person who identifies as a certain gender, whether or not that person has taken hormones or undergone surgery, should be referred to using the pronouns appropriate for that gender. If you are not certain which pronoun to use, ask the person, “What pronouns do you use?”

As well as pronouns then the person’s title, such as; “Mr”, “Mrs”, “Miss” and “Ms” together with “Sir”, “Madam”, “Ladies”, “Gentlemen” etc… should also be understood and respected.

It is not appropriate to refer to a person’s pronouns as “preferred” – they don’t prefer pronouns, those are their pronouns.  It can be extremely disrespectful to misgender someone or to use incorrect pronouns and titles.

What if you don't know?

If it is not possible to ask a transgender person which pronoun they use, use the pronoun that is consistent their gender expression or if in doubt use the singular form of they.

For example, if a person wears a dress and uses the name Susan, feminine pronouns are usually appropriate, but never assume. It is also acceptable to use the singular they to describe someone when you don’t wish to assign a gender. For example: “Every individual should be able to express their gender in a way that is comfortable for them.”

You should avoid the use of gendered titles such as; “Sir” or “Madam” where the identities of individuals and their expression’s is unknown, especially on the phone when there is no visual indication.

Some people use the singular they to reflect their non-binary gender identity.

Every usage of gender neutral language

For example: “Somebody has dropped their £10 note on the pavement, I wonder if they have realised. When I find them I will give it back.”

We don’t know the identity or gender of the particular person; therefore, we instinctively use gender neutral language, we do this already and it is not foreign or strange to us.

It is increasingly common for people who have a non-binary gender identity to use they/them as their pronoun.

For example: “Jacob writes eloquently about their non-binary identity. They have also appeared frequently in the media to talk about their family’s reaction to their gender expression.”

It is never appropriate to put quotation marks around a transgender person’s chosen name or the pronoun that reflect their gender identity.”