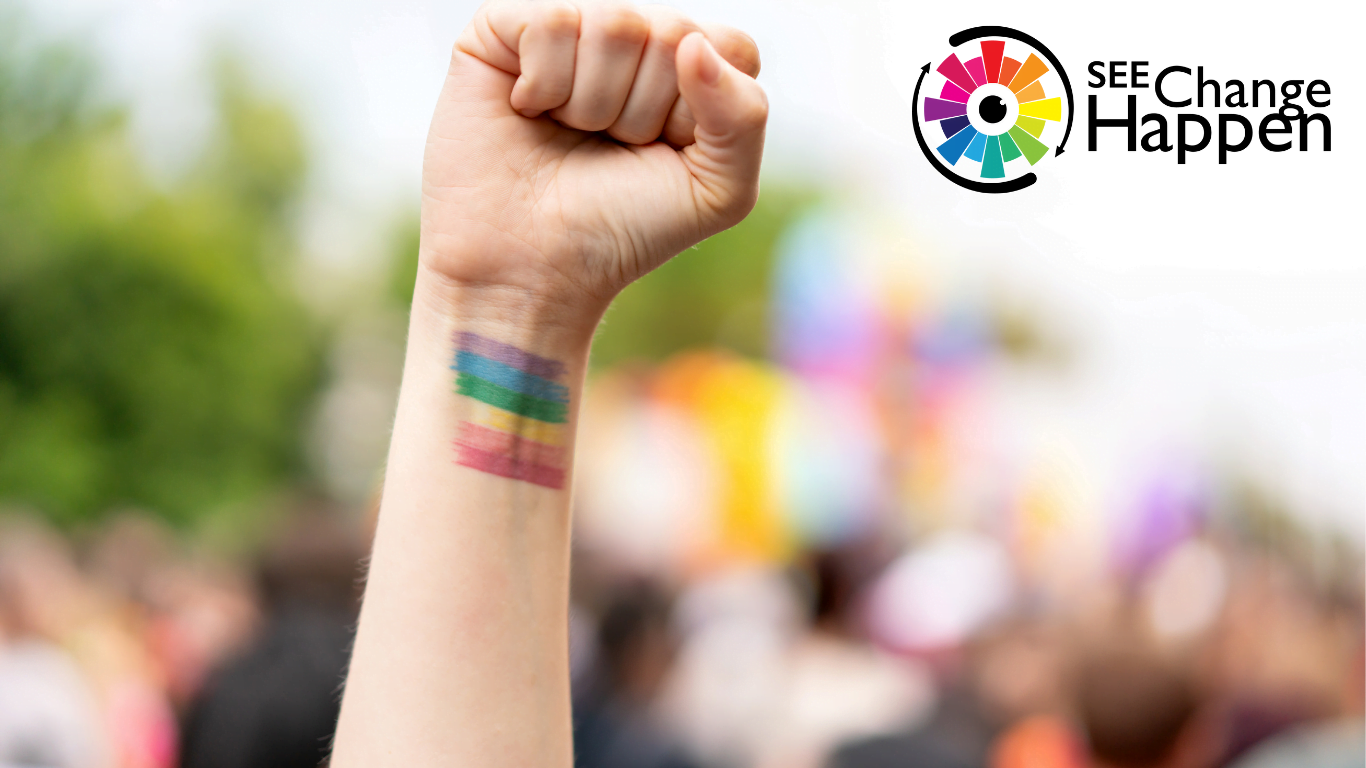 When it comes to LGBTQIA+ terminology, there are a few things to keep in mind to avoid being offensive. We spoke directly with Joanne Lockwood, Speaker on Inclusivity and Diversity, to hear her thoughts and gain insight regarding how terminology can be used.

In this blog post, we’ll go over some of the most important terms and how to use them correctly. By following these simple tips, you can help make everyone feel welcome in the workplace and beyond.

What do we mean by LGBTQIA+ terminology?

LGBTQIA+ stands for Lesbian, Gay, Bisexual, Transgender, Queer, Intersex, and Asexual/Ally, with the + sign referring to the multitude of other terms that could be included. This is the widely accepted acronym encompassing the different identities within the gender/sexuality spectrum.

For some within the community, even having these 7 letters is exclusionary. You may the acronym written as LGBTQIA2S+, the 2S standing for ‘two-spirit’.

It’s clear to see that language evolves as the need for more inclusive and representative language is understood. And yet, others within the community feel that the acronym is becoming too long and cumbersome. On top of that, singular terms within the acronym can be deemed offensive to some or used as slurs by those who are hateful towards the community.

Let’s take the term ‘queer’ as an example:

‘Queer’ has a long and complicated history. While some people within the community embrace the term and use it as a badge of honor, others find it offensive.

It was originally used as a derogatory term for gay people but later reclaimed by some in the LGBTQ+ community as a way to empowerment. Like how the N-word has been reclaimed and is widely used within black communities.

“Language evolves, each generation evolves, and we’ve moved away from those offensive terms. But there are still some people of that generation who are still triggered by that word, still remember how it was used to taunt them. Queer as a self-defined identity is great but being labeled as Queer is offensive.

I see the reclaiming of these terms as an ownership of that word and people are proud to be non-conforming. It’s a word you don’t need to explain – it means, “I’m doing it my way.”

Or even the term ‘womxn’ to refer to transgendered women:

“I was asked the other day about why the word ‘womxn’ is now seen as offensive. It is simply because it implies that transwomen aren’t the same as women. People started using it thinking it was an inclusive term for trans women, but trans women are quite happy with the word woman. There are always well-meaning terms that don’t actually land.”

Given the complexities, how can we navigate potential offensive language?

Joanne’s top tip is to listen to the terminology used in the media. Most reporters tend to use words that are non-offensive, and that have been tested as safe.

It is also wise to look up terms that you are unfamiliar with or unsure about. There are many glossaries across the internet from trusted sources.

“If you know someone personally in the community, you can maybe ask their opinion. “My research says this term can be offensive. What do you feel? What does it mean to you?” But be compassionate. If you’re a Cis-Het Ally and not sure, avoid it until you learn more about it. Be cautious and recognise that one person’s opinion might not be someone else’s lived experience.”

For many people who are not part of the community, the language can be confusing and hard to navigate. One of the challenges is that the meaning of words can change over time, and what may be considered inclusive today could be seen as exclusionary tomorrow.

It is important to use LGBTQ terminology correctly for a few reasons.

By using the correct terminology, we can show our support for the LGBTQ community and make everyone feel welcome and included.

It is important that we explore the language and meanings of words. This includes both understanding the history and origins of words, as well as considering how they are used today. The resources below can help you do just that. We encourage you to explore them and share what you learn with your community.

Joanne Lockwood (she/her) is an Inclusion and Belonging Specialist with SEE Change Happen and works with organisations throughout the UK, Europe and Elsewhere – speaking, training, and consulting.

She can be reached via https://seechangehappen.co.uk

Tips on Trans Healthcare | See Change Happen
Pride: why should you care?