Allyship and going beyond the #hashtag 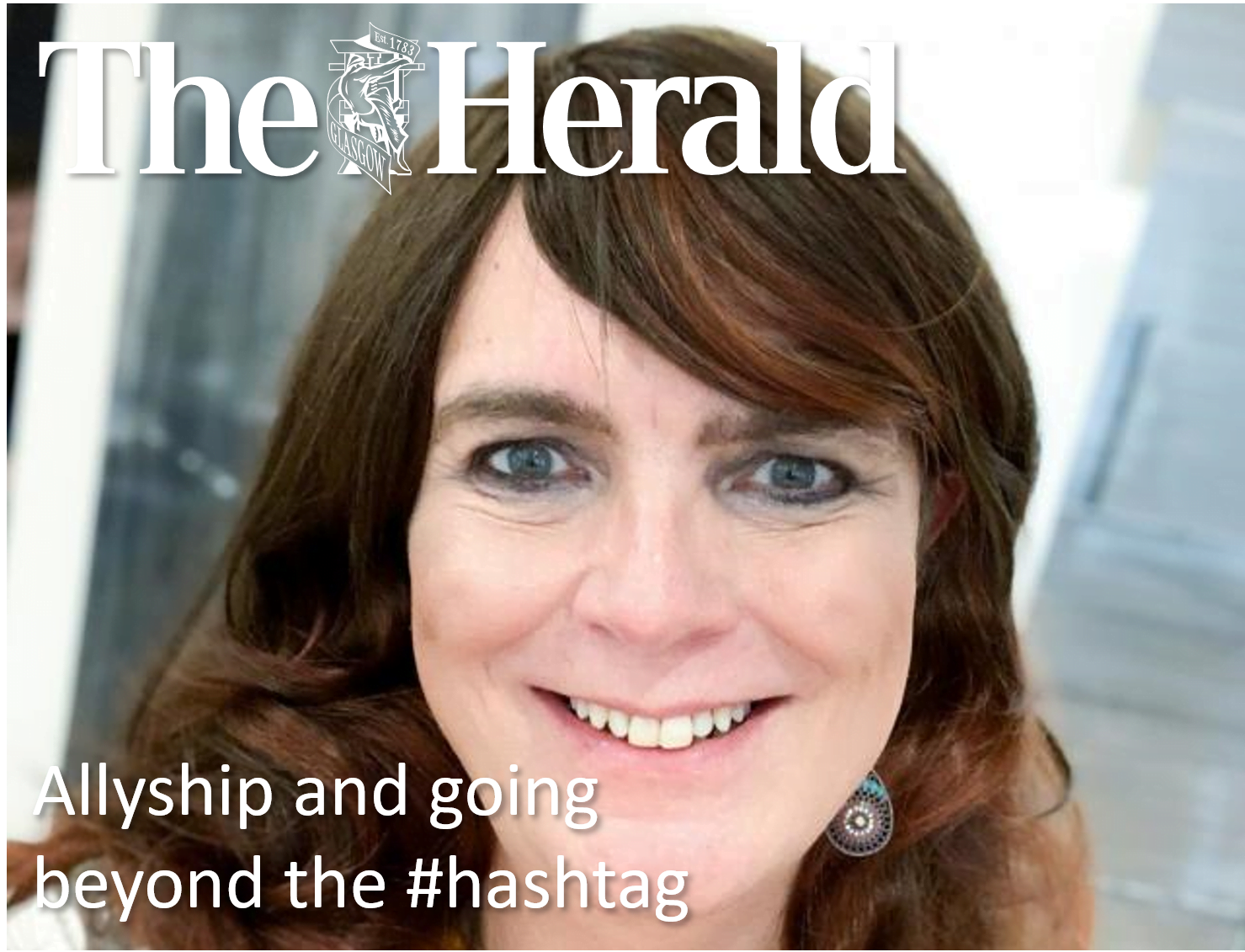 Allyship and going beyond the #hashtag

We cannot venture on to social media these days without being bombarded with follow requests and #hashtags.

Do we ever stop to think about these #hashtags that we are following and using?

Many represent key calendar events; those that commemorate, those that promote visibility, and those that celebrate. Over the past 12 months we have seen #blacklivesmatter, #lgbthistorymonth, #mentalhealthawarenessweek and,of course, many more.

If we are blindly clicking on these, following them, re-sharing without taking any positive or affirmative action then we are merely being performative. It is important for our society for people to engage, to step up and shout out in support of marginalised communities, to bring focus and amplify a cause or something that has an impact on people’s lives.

An “ally” is someone who picks up the strain of a marginalised group or community as if it were their own, extending their own privilege, spotlight and support to ensure the voices of that community are heard.

Most importantly, it is recognising that people from those communities do not have the luxury to be able to switch off – as an ally, you need to carry this weight, hold the rope and don’t put it down.

It is not just individuals but also organisations that can exemplify allyship – by ensuring there is public and explicit positive action then their weight will ensure the causes behind the #hashtags are amplified and influence societal attitudes and government policies to be reviewed and changed. Organisations should be looking as part of their own diversity, equality and inclusion playbook, to bring allyship to the front. Recognising that this goes way beyond the nine protect characteristics, to include mental health, death by suicide, bullying and harassment in the workplace, racism, sexism plus other phobias and isms

By providing this training and creating awareness, organisations will build a network of workplace allies – your colleagues and team members will then be armed with the tools to call out and feel confident to step in and step up for people whoever they may be.

They will become the ones who are willing to personally align themselves with colleagues to make sure they are heard and included when employees, staff or team members are confronted with the problems, discrimination, harassment, and other bad behaviour at work. Individually and corporately, language and phraseology can also cause barriers through fear of saying or doing the wrong thing.

When done well, allyship programmes will promote cross cultural awareness, build empathy and compassion and will enhance your culture in line with your own vision and values. #hashtags won’t change anything unless you take a positive step to help bring that change… be the one!