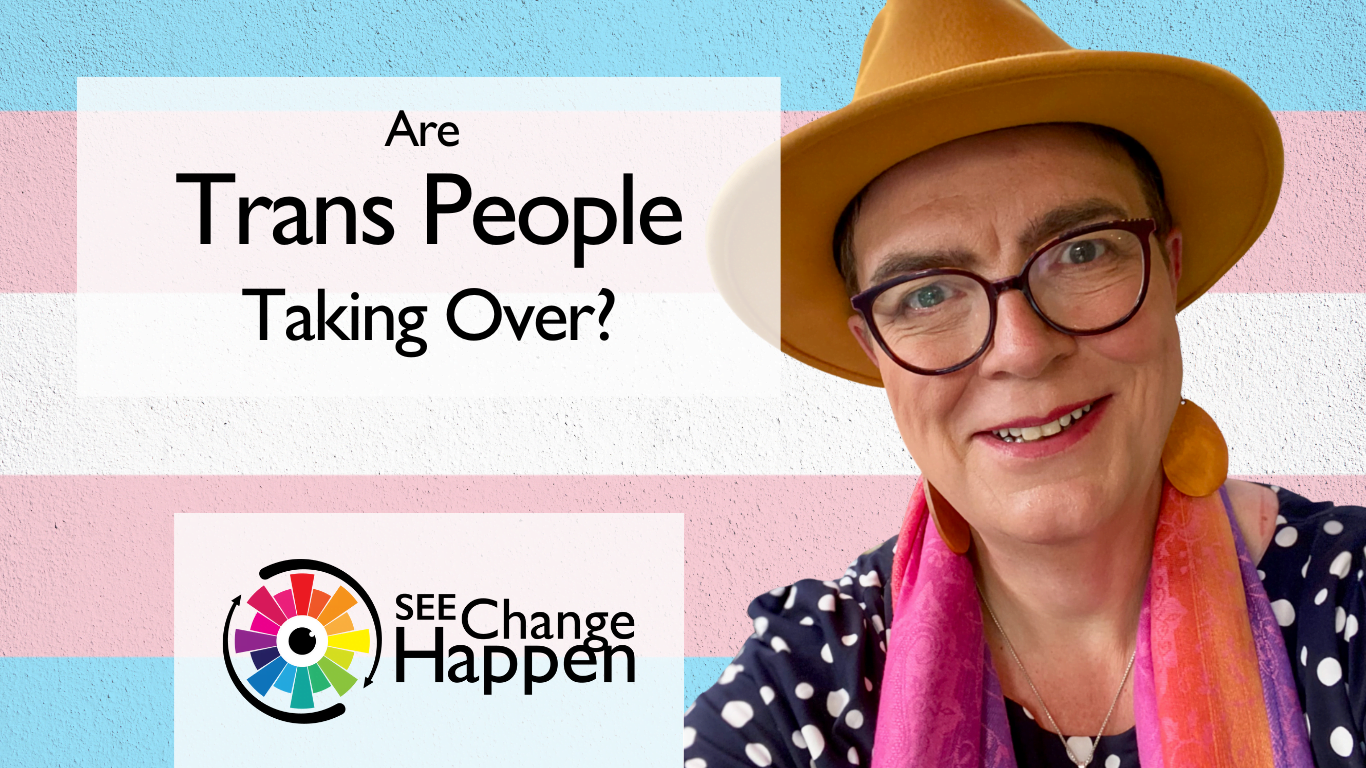 Have you noticed how more and more people seem to be announcing their gender identity? There are more trans celebrities, more transgender roles in film and TV, and more debate about rights than ever before.

But what are the statistics?

So far, we only have data from the 2021 Canadian Census, the first country to release data on their trans and non-binary population. An analysis conducted by Nancy Kelley from Stonewall.org.uk shows that approx. 2 adults in every 1000 people identify as either trans or non-binary. Estimates from a few other countries show that this could be as high as 6 people per 1000[1].

What does this mean for gender identity in the UK?

It’s hard to miss the national conversation happening right now surrounding trans rights. The main viewpoint from the gender-critical movement is that trans people are a threat.

There is a long-held belief that this new onset of trans people coming into the world is denying women or men to be gay or lesbian, trying to convince people to be trans rather than same-sex attracted. There is the accusation that we’re being homophobic, lesbophobic, or biphobic by converting them to trans instead of letting them explore their sexuality.

The interesting thing about Canadian census data, and Stonewall’s analysis, is that the data just doesn’t support this viewpoint. The number of people identifying as lesbian, gay, and bi remains the same. There is simply an increase in the number of people reporting themselves as trans.

The data is key to showing that trans people are starting to feel more comfortable declaring their identity.

It is inevitable that we will therefore see an increase in people being comfortable enough to come out publicly.

The Rise in Left-Handedness

100 years ago, people were forced to suppress their left-handedness as it was socially unacceptable (this is still true for certain countries throughout the world). It was seen as being unclean, a sign of the devil, a sign of weakness. In 1900, less than 4% of the US population[2] was reported as being left-handed.

By the 1960s, this had risen to approx. 12% where it has remained consistent ever since.

There was no agenda behind the seeming increase in left-handed people. It’s clear that society had changed its viewpoint. The stigma had gone. A person’s dominant hand was no longer an issue.

It’s not that there was a sudden increase in left-handed people in the world. They had always existed, they had just been forced to hide that part of themselves. Does the situation sound familiar?

Many people predict, and I agree, that this example of handedness within the population will be reflected in the census data for trans and Non-binary people over the coming decades. It will show that there has always been a certain percentage of us in the world at any given time.

I am eagerly awaiting the results of the UK census data, we will finally have a true representation of gender and sexual identity. This will be invaluable for all UK businesses and service providers! We will finally be able to get accurate data on our staff, clients, customers, and service users. We will be able to accurately track things like % of hate crimes affecting % of the population.

There is obviously a long way to go when it comes to trans visibility, there’s still much work to be done surrounding the national conversation. But this census data certainly gives us hope!

The question is: Does our UK population mirror the Canadian data? Watch this space!

Joanne Lockwood (she/her) is an Inclusion and Belonging Specialist with SEE Change Happen and works with organisations throughout the UK, Europe, and Elsewhere – speaking, training, and consulting.

She can be reached via https://seechangehappen.co.uk