Being a woman in a man’s world 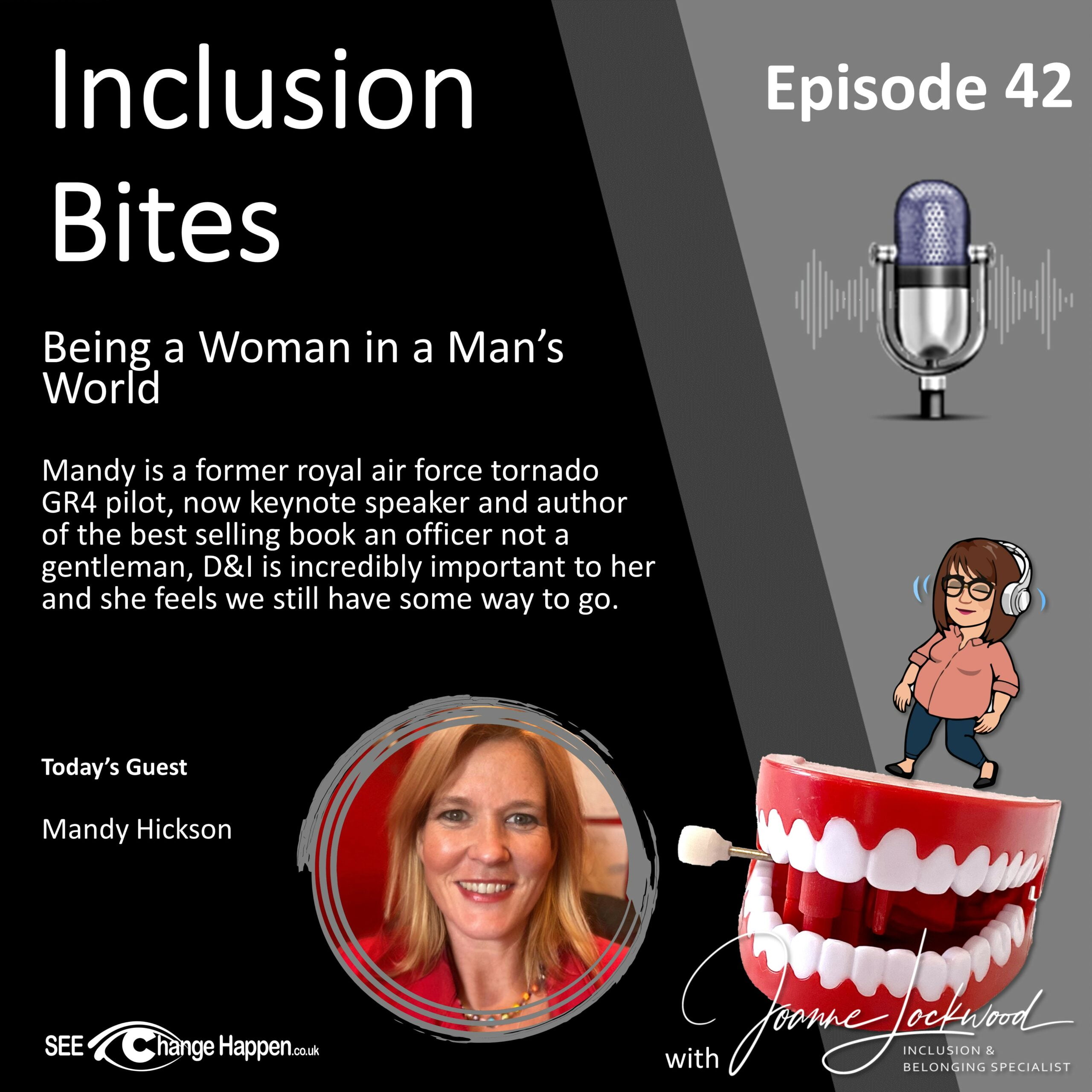 Being a woman in a man’s world

Mandy Hickson is a former Royal Air Force Tornado GR4 pilot, now keynote speaker and author of the best selling book an officer not a gentleman, D&I is incredibly important to her and she feels we still have some way to go

Mandy joined the Royal Air force in 1994 aged 21 and became part of the first group of women allowed to fly fast jets and only the second woman to fly the Tornado GR4 on the front line. She never struggled being a woman in a man’s world during the training or felt that she stuck out as the whole group banded together. She did however start to notice this more when she joined her squadron as the first woman pilot within that group.

RAF was the first out of the services to have full inclusivity across every role, opening each up to women. When she originally joined it was illegal to be homosexual and join and if ‘outed’ you could be kicked out. These huge culture changes do not change overnight, people have preconceived ideas and it takes a while to alter this mindset, a process that is partially helped by new recruits and also evidence that the change is successful.

During her time in the RAF, Mandy went on 3 tours to Iraq where she was only woman with 39 men. Whilst she said things like shared facilities did not bother her, it was purposeful and vindictive actions with sly digs and bullying that Mandy could not tolerate and which really affected her. She said she felt this, especially on her first tour after successfully completing 5 intensive years of training and thinking she had made it to then feel completely lonely, craving female company and conversation. She was trying desperately to fit in and be one of the boys in this alpha male environment, but realised she was trying too hard and had to make an conscious effort to be more herself – she still wanted to be a woman, just in a man’s world. It takes strength of character to find belonging, rather than just fitting in.

Mandy says regardless of gender she stands out as a 6ft woman with a loud laugh, but thinks her height helped her especially in her role as an Officer as it gave a perception of confidence. Authenticity is very important to her and something she thinks has helped her with her keynote speaking, which she did after leaving RAF. When speaking at events she doesn’t include her name, just a description of her career history and loves the audiences shock when they realise it is a female speaker. We all have out inbuilt preconceptions and biases based on our conditioning and Mandy thinks it is important to challenge these.

We are still being socialised and conditioned on gender expectations and roles that are still considered predominantly female or male. In order to change this we need the people who hold the privilege and the power to open this up to others, with women gaining the vote as an example of where men allowed women the vote. We need those in this position to not feel threatened and want to engage in an open dialogue in order to open these doors. We are not going to get true change until men want the same thing, because they are still in the decision-making majority.