Busting the myth of meritocracy is a must 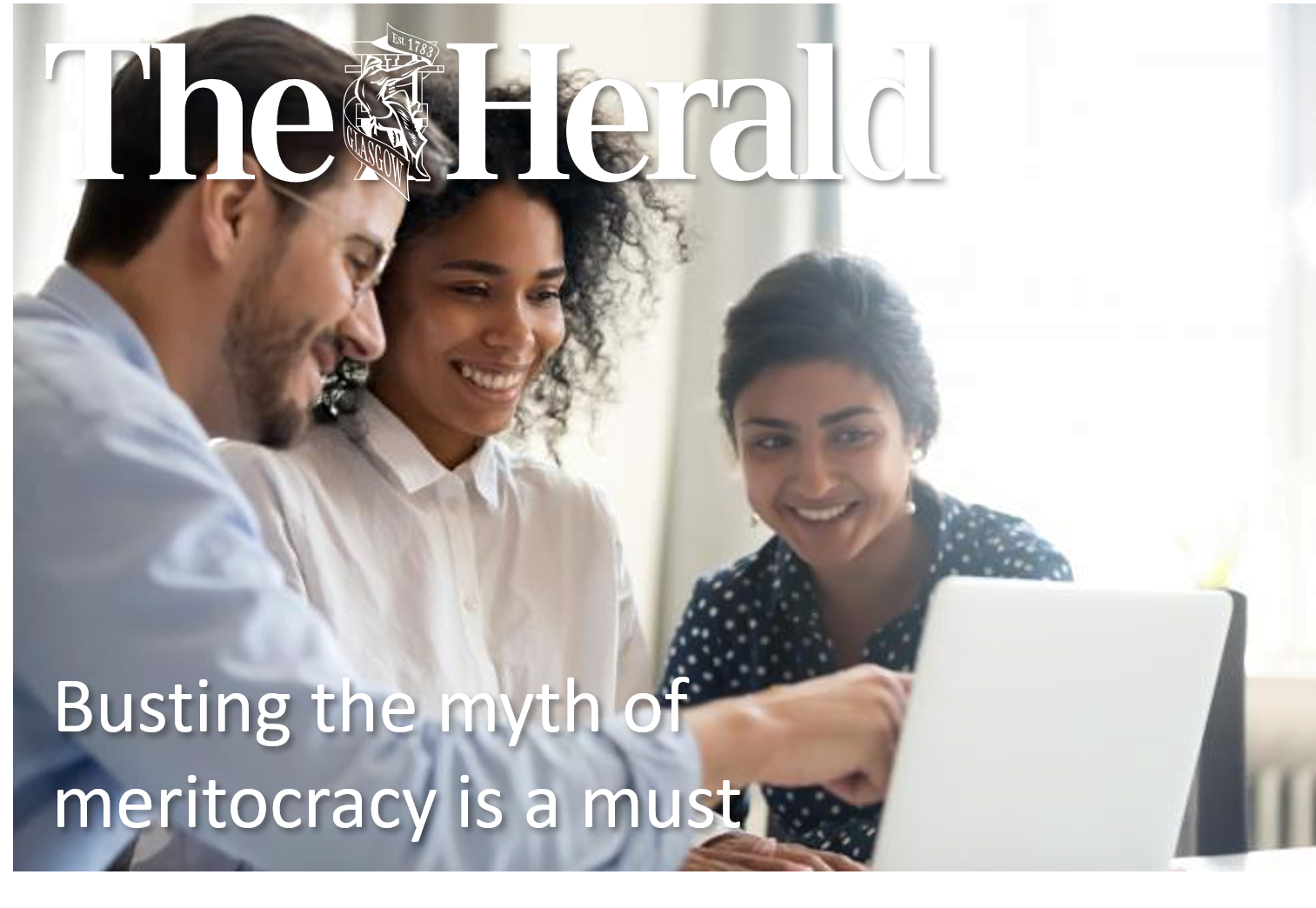 Busting the myth of meritocracy is a must

The best person should get the job? – of course, that is the myth of the recruitment industry that has propagated the monoculture in corporate Britain for decades.

Just over 100 years ago women were granted the vote, by men.  For centuries it was believed that only men could be trusted to make important decisions and be responsible for governing.

This myth was perpetuated, men themselves believing they were more worthy, and in turn women were socialised to believe they were less capable, with their aspirations curtailed to ensure they didn’t get ideas above their station.

We can still see similar examples applied to those who are Black, Disabled People and also to those who identify as LGBTQ+.

Yet I still hear talent acquisition teams and hiring managers talk about this meritocracy as if it is cast in stone rule that must be believed at all cost.  After all, if it is thought that sometimes the best person does not get the job then it undermines the whole basis of fairness in the recruitment industry.

Who decides what makes up the rule set to determine the ideal candidate – it is the incumbents, those who already hold the power and privilege in both society and the workplace? Ask yourself how often is that process open to scrutiny and challenge?

We can look at job descriptions and adverts and see the language is full of bias or phrases that instantly turn off many perfectly able people simply because they are not straight white men.

Only when organisations tackle this myth head on and stop believing it, will we get progress. Only when we start to value skills beyond time served, the ability to sell your soul and forsake family life will we be able to look for people who have Emotional Intelligence, Flexibility, Tenacity, and lived experience in other ways.

Complacency can often find its foot hold in privilege.  People will believe their own personal PR, find themselves promoted to the edge of competence and still push themselves forward amongst the PLUs (people like us).

This leaves those who may speak more softly, those who haven’t had the same opportunities in life, or simply those who by the very nature of the communities they grew up in have did not have the same access to the top schools or universities to be on the outside of opportunities.

We are living in a newer world, one that has had a wake-up call.  Inclusion, Diversity, Wellbeing and Mental Health are at the top of most corporate agendas.  Now is the time to reject the idea that hiring on meritocracy is working and do something different.

Originally published in the Herald, Scotland

Is ‘diversity hiring’ working OK for you?
Machetes, Anti-Semitism and De-Transitioners