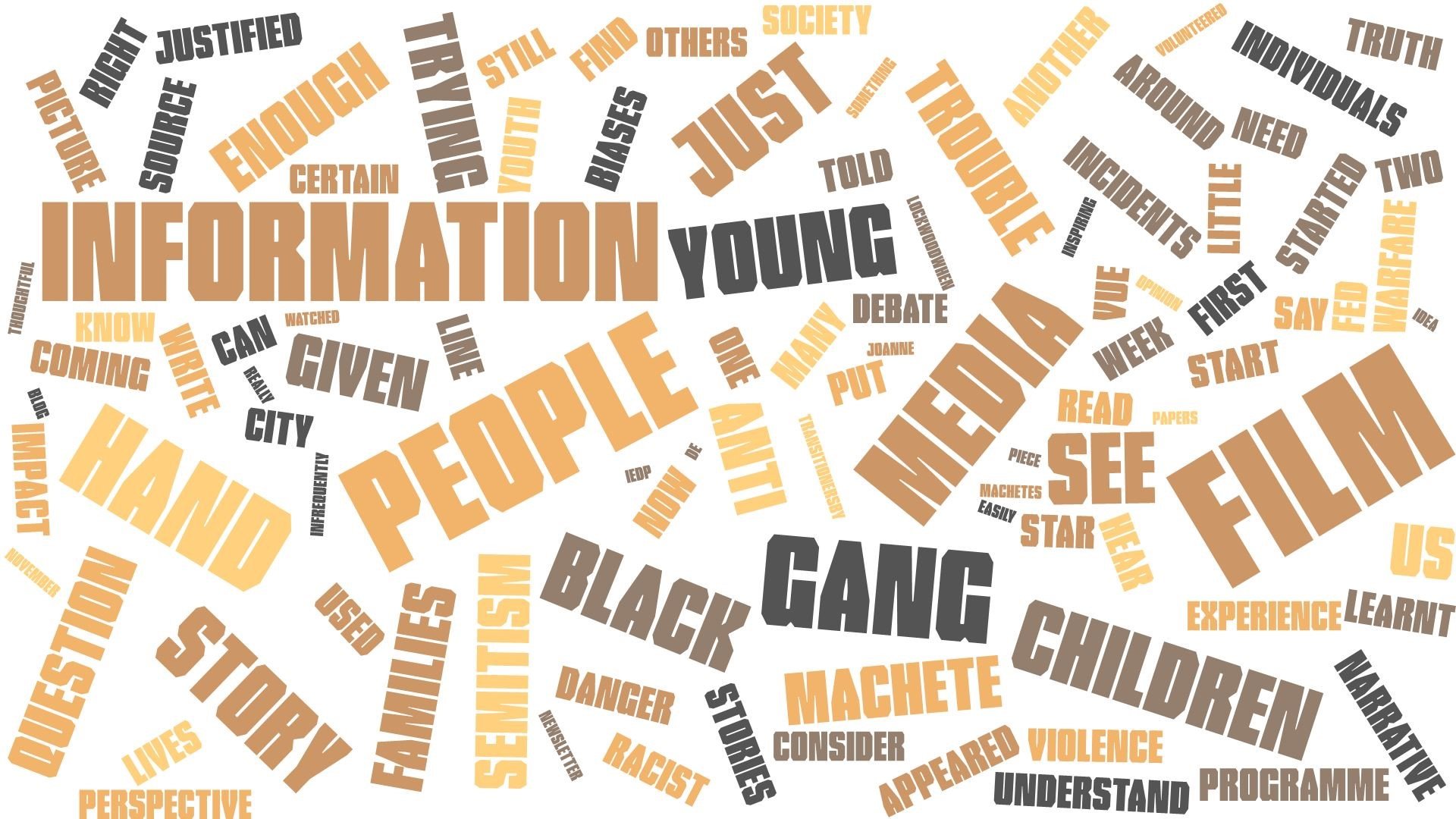 When I volunteered to write an opinion piece for the November 2019 edition of the IEDP newsletter, I really had no idea where to start.

It reminded me that we are bombarded by the media wherever we go, many of the thoughts we have, our biases and prejudices are being drip-fed to us 24×7 across both; traditional, and now on-line via popular social media apps and sites.

How many of us stop to question what we see and hear, the legitimacy of the source, together with the underlying motives of the writer or broadcaster?

This was brought home to me in these three stories from the week gone by.

The first is about the reported trouble at the Star City Vue Cinema in Birmingham.  We learnt that a gang of youths rang amok, put people in danger and started a fight, we had a well-used and repeated picture of a machete being held by youth in what appeared to be a black hand.  We were then told that there were more than 25 other incidents of heightened tension at another 15 locations around the country, which was used to justify the suspension and then removal of the film “Blue Story” from being shown.

This is a film, according to its director Rapman, is based on South-East London’s notorious gang rivalry, but has at its core “love not violence”. In among this, we learnt that there were families with small children being terrorised, left crying and frightened for their lives when trying to watch the film “Frozen 2”. Given this information, it sounded perfectly reasonable that Vue were right to act promptly and pull the film.

I then read opinions that this action had racist connotations, and this is when I started to question what I had believed and assumed from this reporting. The image of the black hand holding the machete, the assumption that the young people were there to start trouble and cause gang warfare, the poor families running around in fear with their young children.  Was there actually violence or the threat to the life of these families?

I tried to research these other 25 or so incidents that justified this as a significant problem – so far I have yet to see anything more than the trouble was being caused by under age 12-14 year old children being denied access when they have purchased tickets on-line or from self-serve machines and they then disrupted other films and became loud.  It isn’t clear whether this was in all cases or just the Star City incident.

In my mind, I had all this imagery and narrative in my head about an eruption of “gang warfare” fuelled by the film from violent black adult individuals. I pictured “cute, vulnerable, little white girls screaming in terror” I still find it difficult to be objective and understand the truth in this.  Given the information I had been fed by the media I am certain I would also have pulled the film. It is only now I have delved behind the story I am not so sure it was justified, proportionate or necessary. Is it therefore a racist reaction?

Well, I can only answer that by unpacking some of the information I have – there was certainly a strong link to the photo of the “machete in the black hand” as my primary mental picture, reinforced by the word “youth” being bandied about in the context of a “gang culture”, the conflation of families and “young children in danger” everywhere.

Was this just an example of young people finally having a film that told their story by their community writers, and their exuberance of trying to sneak in underage and being caught which got very out of hand in one location and a little out of hand elsewhere – I don’t know, but I do know I am going to keep questioning the information I am being given and trying to find my own truth from more than once source. I only see this from my privilege, my lived experience and my perspective, so I need more information to understand this.

As a D&I professional I challenge this in others all the time and ask them to check, slow down and reframe.  Do I do this enough, do we?  Lack of information leads to biases as we “make stuff up” in our minds to fill in the gaps.

Let me leave you with two other stories – the Anti-Semitism row in the Labour party and the Newsnight programme on the story of Transgender “de-transitioners”.

In the first of these two I will say that, I am non-religious, and do not have a detailed narrative about the impact and ways Anti-Semitism can manifest itself. I do however have a view on a programme discussing transgender people where no trans person was invited or appeared on the show to give their perspective to a debate where their live experience would be relevant, but that’s a story for another day.

According to the stats available, there are probably more gender diverse individuals in the UK than those of the Jewish faith! – so where are the people on national news and in the media leaping to stamp out homophobia and transphobia from the political parties at both local and central level?

Are we not worthy?

Why is it still ok to taunt, bash and put the lives of LGBTQ+ people at risk and no one is stepping forward in such a way to our defence?

If you are not familiar just look no further than the comments about Caitlyn Jenner on C4’s “I’m a Celebrity”.

I don’t have the answers, just more questions, more things to analyse and consider.  What I am certain of is that we must study the impact of media and the politics of others on how we perceive the world and take conscious steps to question what we see and hear!

As a society we need to re-engage in rhetoric and debate without shutting each other down, consider differing perspectives and recognise that it’s not about being “right” or “wrong”, it’s about being in a society that is broad enough and inclusive enough for us all to feel valued and have our views respected.

Busting the myth of meritocracy is a must
Are we up for Uniformity, Exclusion and Rejection?