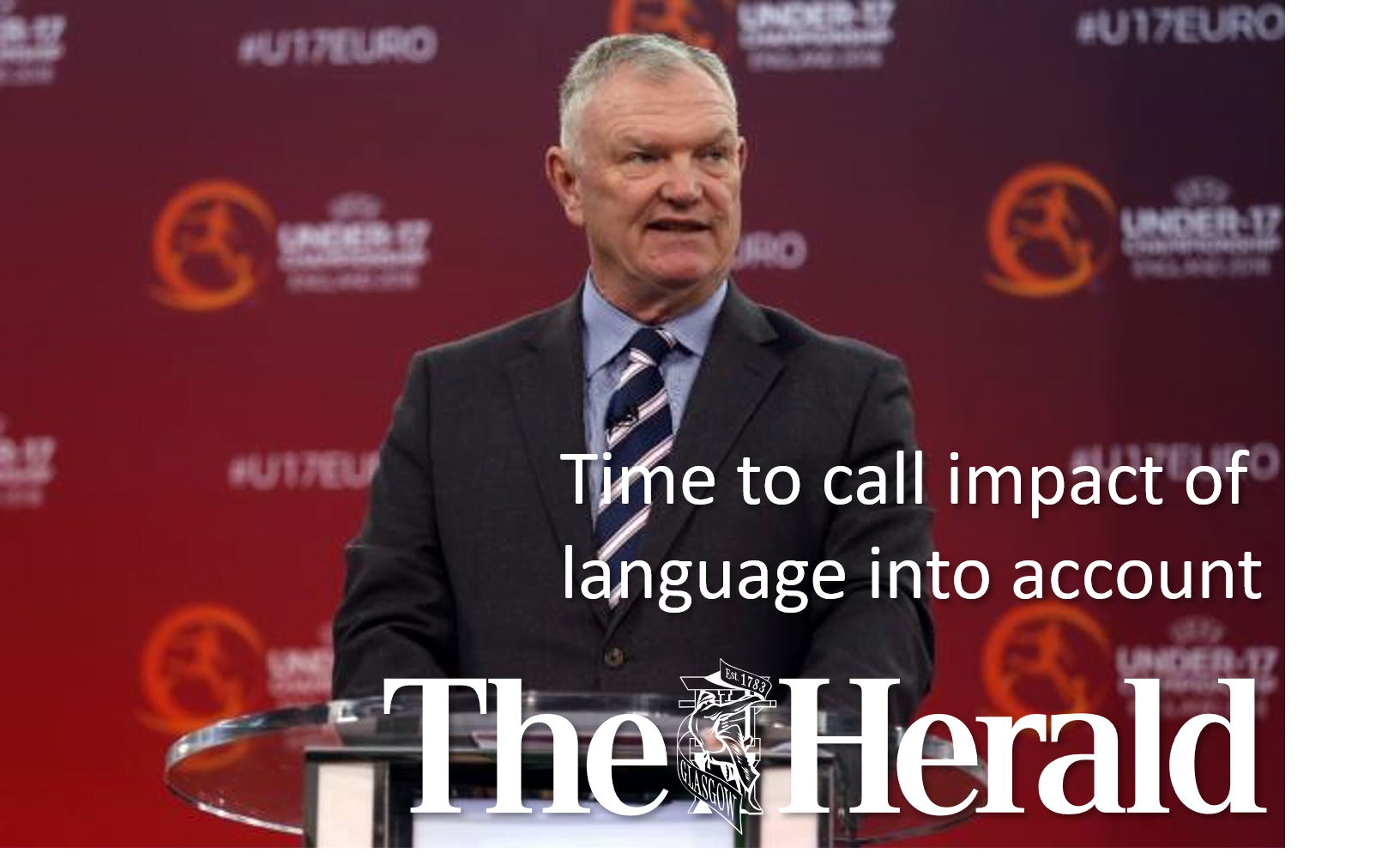 You will have seen of many examples in the media where organisations have gotten themselves into difficulties due to poor choices or words, or where actions are inappropriate.

Often mistakes are made by well-intentioned leaders who are simply clumsy, but this is where we should realise that intent only goes so far. It is impact where we need to focus our attention – how those words land. The reality is that despite the best intent, the impact was that someone was hurt, disrespected, or felt marginalised as a result.

We only have to look to the recent case of the English FA chairman, Greg Clarke, whose inappropriate words about black players signalled that he was from a bygone era, and was no longer the right person for the job of leading an inclusive sport into the modern age.

When we look at who is most often less considerate of their impact, we need to look at privilege. Privilege disinhibits, whereas a lack of privilege inhibits.

There are people in our workplaces who use language that is sexist or racist, where the intent is normally harmless, a joke, some banter, a misunderstanding or over-familiarity.

The impact of words such as “love” or “dear” to women undermines their credibility; it is a microaggression that has a compounding effect of pushing people back in their box time and time again.

Would you address your female boss as “love”? No, because the power balance is such that the lack of privilege would inhibit you making such a remark. So why is it OK to be disinhibited when talking to people who are subordinate? It’s not.

How we see or describe someone reflects on how we treat and respect them. The workplace should be a place of safety, where everyone can thrive – not just survive – for all, not just those of privilege.

In the same way that we should be anti-racist, we should also be anti-sexist, anti-homophobic and anti-transphobic – become an ally, step up, shout out and call out poor language and have a zero tolerance to it, regardless of intent.

Is “guys” really an inclusive term, or is it impactful on how women are viewed and treated? Why is the masculine the default grouping? Degendered language is more inclusive for women and people who identify as Non-binary. So let’s start with “Hey everyone!”, and by dropping the “ladies and gentlemen”, the “sirs and madams”. And while we are at it, use “they/them” when someone’s gender is irrelevant to the conversation or outcome.

It is time to be accountable for our language and its impact, and to stop hiding behind our well-meaning intent.

Originally published in the Herald, Scotland

Did we learn anything this year?
Is ‘diversity hiring’ working OK for you?