Assimilation is not necessary 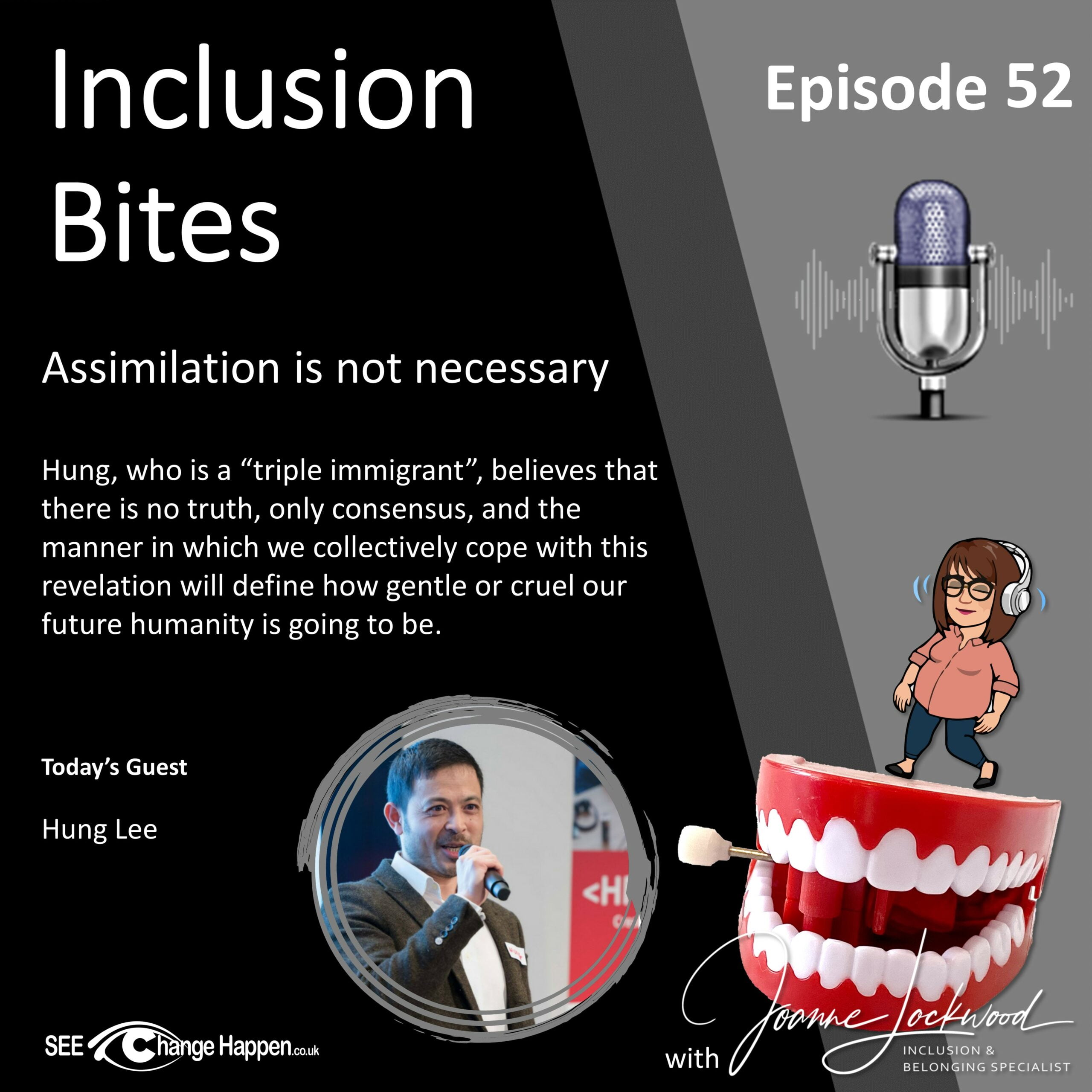 Assimilation is not necessary

Hung, who is a “triple immigrant”, believes that there is no truth, only consensus, and the manner in which we collectively cope with this revelation will define how gentle or cruel our future humanity is going to be.

Hung as a “triple migrant” believes when you are from an ethnic background that is not native to a country you end up living in, although you learn to follow the social rules and obey cultural values, you may never fully feel part of that group, without caveat. He remembers from his childhood trying to work out how he could belong better so that he didn’t stand out, even trying to wash his face for longer to make it appear whiter, after taunts that he looked dirty. This need to fit in can go in the wrong direction, with built up bitterness at not feeling including leading to either the person trying to over correct, becoming hyper assimilated, or going the other way and rejecting the culture that rejected you, and risking becoming permanently marginalised. Hung wants everyone to understand that it is OK to not feel like you belong.

Hung believes that inclusion is a bit of an oxymoron, as we recognise explicitly that there are things we do not include. This highlights a real problem with the terminology we use as it is trying to tell us we are universally inclusive or diverse, which is not the case. This automatically creates a barrier and a division of who is in and who is out. We can’t say privilege does not exist, especially when it is so apparent in prominent places, but Hung wants us to question what the best techniques are to generate the best outcomes for the most people. Lots of younger people want to overhaul the whole political system, but Hung feels revolutions don’t often end well, and believes in incremental change, trying to modify the system from ground up, and creating a parallel system if it is too resistant to change, rather than destroying all we have.

There are some people who want a revolution, believing change isn’t happening quickly enough and others who don’t want change, and want to defend their privilege. Similar to the outcome from Brexit, which was hugely divisive, these polarised opinions often mean the people in the middle get tugged into extreme positions by the loudest voices, as those on the edge often feel more passionately about it, so tend to have a louder voice than their numbers may suggest. On spectrum the extreme edge become amplified, narrative shapers and risk becoming part of an echo chamber.

Hung believes that ideas should be viewed and treated as tools to interpret the world, but that are disposable as you learn and develop, perhaps discovering different ways that may work better. Instead he sees people committing themselves early on to an idea and then shutting off the brain waves on it, not wanting or having the time to re-examine the world.