Domestic abuse must not be tolerated 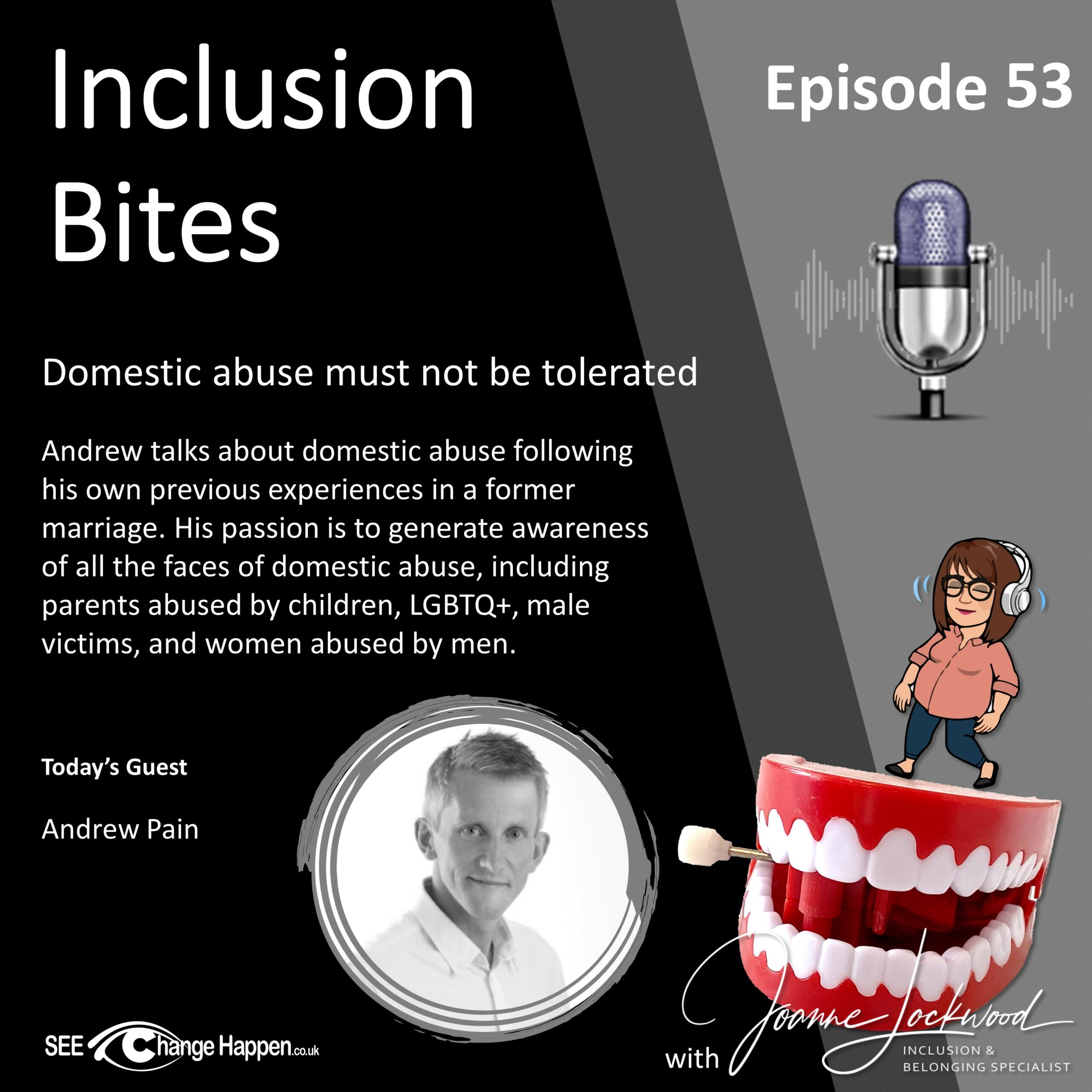 Domestic abuse must not be tolerated

Andrew talks about domestic abuse following his own previous experiences in a former marriage. His passion is to generate awareness of all the faces of domestic abuse, including parents abused by children, LGBTQ+, male victims, and women abused by men.

Andrew, in a former marriage, was a long-term victim of domestic abuse. He is now a passionate campaigner on the topic and takes a non-gender stance to it.

The language surrounding abuse often portrays the overwhelming majority of victims as woman and perpetrators as men. Andrew queries this based on statistics which show approximately 1/3 of victims are men, and of this third the vast majority the perpetrator has female. He feels so passionate about this subject after experiencing it first hand and finding it very difficult, as a man to both be honest and open about what was happening, for fear of not being believed or being ridiculed. He now wants to create awareness and shine a spotlight on all facets of domestic abuse.

He states that talking about abuse can feel shameful, and by being an active campaigner he doesn’t want to take the spotlight away from women, he just wants to make sure everyone feels able to share their own stories. We need an official strategy that targets violence against men and boys as well, if we are serious about equality. Statistics don’t include underreporting against men, as there is still a stigma associated with this, with our human bias default still being that men are strong, women are weak.

With the new bill based through parliament there is now a new official definition of domestic abuse, which includes cohesive control, economic abuse not just physical violence. Andrew states that gaslighting can be a huge culprit of abuse, which is where the abuser makes the victim question their sanity and judgement. We often hear abusers described as having some form of personality disorder or being a narcissist, but from experience Andrew explains that many abusers change tactics daily, causing a rollercoaster of emotions so that the victim never knows where they are and are constantly trying to work out the triggers.

Since leaving his abusive marriage, Andrew is aware that he never used to have any set boundaries. He has since created a 3-stage boundaries model; 1 a line in the sand – where you have a desired outcome, but you wouldn’t be too upset if this wasn’t achieved. 2, flexible fencing – you have desired or preferred outcome, so the end result matters more to you, but there is still some flexibility and finally 3, castle walls where there is no negotiation or compromise. He created this suite of boundaries to help him preserve his easy-going nature but set rules and help him navigate different situations. This has helped him to know when to apply these different boundaries, realising that there may be consequences attached and deciding if he had the resources to deal with that.

For everyone the words ‘No, Stop and enough’, should be instantly respected. These are words that we need to learn not only for ourselves, with the conviction that when used they are meant, but also respected when said to us. Andrew is hopeful that we are raising a generation of young people to not only know their own ‘stop and enough’, but also respect others and he believes through this we stand a good chance of boundaries being set and maintained. This will also assist people being able to spot early signs of abuse and gaslighting, especially if we know we can constantly question and amend our boundaries as we evolve. Andrew believes we owe it to the younger generation that they can identify this and know that it is non gendered.

Since working in the field Andrew is aware how divisive it can be, and is keen for everyone, rather than seeing each other as competition, to come together to raise awareness. We need to challenge the currently very gendered narrative and realise that everyone shares an equal responsibility, we can’t vilify one sex as they become disengaged and only creates further division.

Everyone should feel as though they belong, are welcome and valued
Assimilation is not necessary