Being on the periphery of society 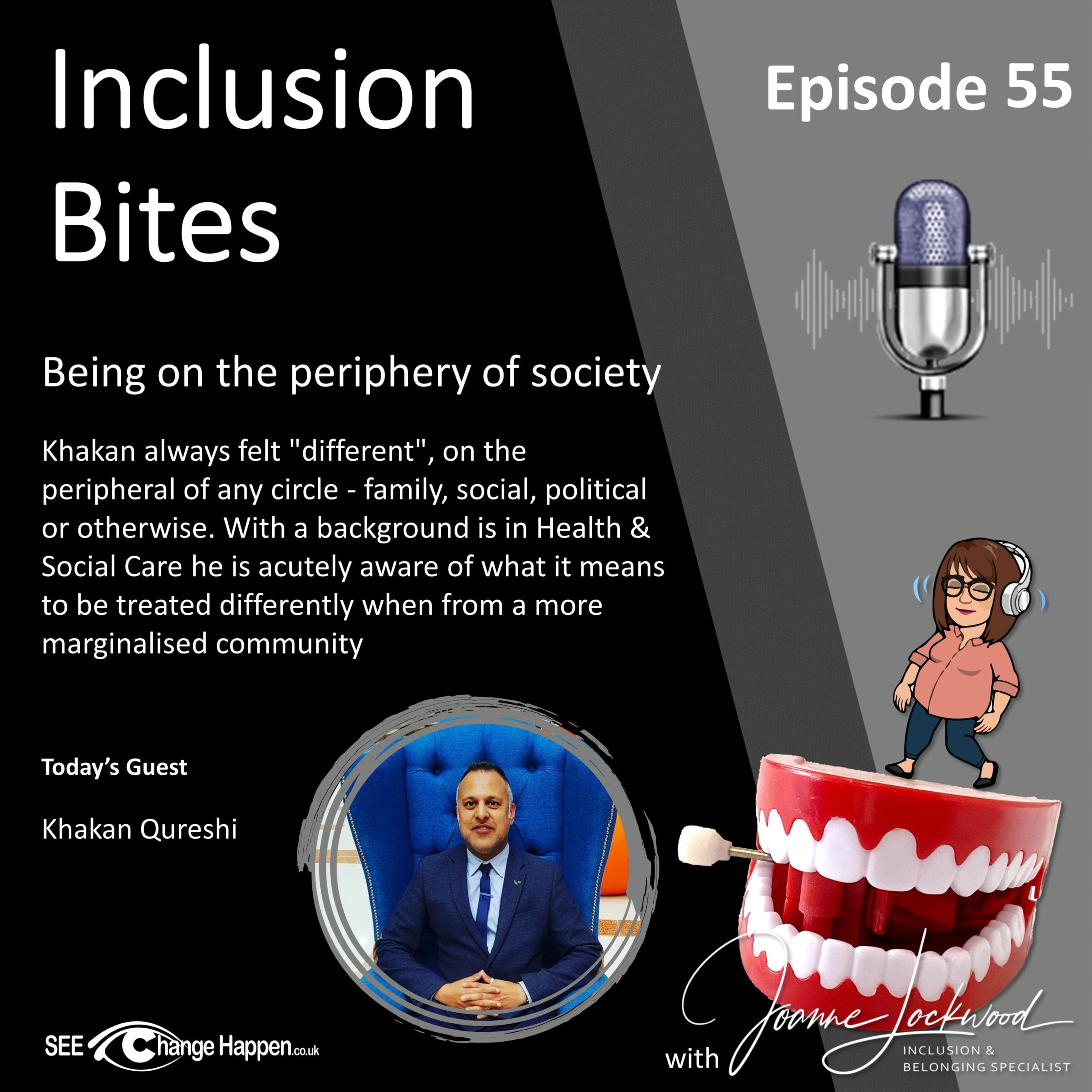 Being on the periphery of society

Khakan always felt "different", on the peripheral of any circle - family, social, political or otherwise. With a background is in Health & Social Care he is acutely aware of what it means to be treated differently when from a more marginalised community.

Khakan felt, even from a young age that he did not really fit in. He felt different but was not able to label it. He felt that he wasn’t masculine enough to fit in with boys and stood out for liking to play with dolls and what were perceived as typically feminine games. He also didn’t fit in with girls as at school as they didn’t like to mix with boys.

Khakan was born and bred in the Midlands, but comes from south Asian heritage and here he also struggled as he didn’t feel Muslim enough or south Asian enough. This manifested into him always feeling like the outsider and being marked as different, because it was picked up in every facet of his life from not only his sexual orientation and gender identity, but also how he presented culturally and with his ethnicity. He didn’t quite fit in to any group and this made him shy and introverted.

Khakan explains that the history of Islam is quite progressive, so although his family adhered to certain Muslim traditions, they were quite liberal. Growing up he had to learn how to integrate this into his life, whilst also trying to fit in with British culture. Despite being quite liberal there are still taboo subjects and members of Khakan’s family do not accept that he is gay. Growing up feeling unable to express himself he realised he needed to assert his personality and identity, something he found possible after moving away to London. It was once he returned home that he felt confident enough to come out to his mum after this, something that he had been dreading, especially with the cultural dynamics. His mum was very accepting, but his dad had a different attitude and was quite homophobic. Khakan now realises much of the reason they clashed was because they share many of the same characteristics. His father was also an activist trying to join the Asian and British communities and Khakan is following in these footsteps but also looking at LGBT equality in the Asian community.

Growing up his family had very high expectations of him, especially being youngest of 7 and this expectation caused him to have a lot of conflicting questions as he tried to work out if he was gay, bisexual etc and this impacted his mental health. He experienced a lot of religious guilt, with a level of oppression coming from each side, politically, socially & family. He struggled to find anyone to talk to – especially around such taboo subjects. It took him a long term to come to terms with who he was.

In his relationship with his partner, Khakan has seen the evolution of gay rights, which are now recognised and validated by the world. Early on in their relationship he did not feel comfortable to be open at work. A turning point for him was attending an Aids Awareness Workshop, one of other attendees said to him that she didn’t understand gay people – at the time he didn’t have the confidence to respond, but this prompted him to realise that he needed to speak up as her comments made him so angry.

Khakan wishes people had confidence to be who they need and want to be. Within his work in health & social care they are seeing more anxiety and depression being experienced by young people, than ever before, which could be as a result of COVID. He says we all need to be mindful of everyone’s mental health pressures as everyone has different aspects in their lives to contend with. He says if we can introduce respect and inclusivity so that everyone can be accepted and loved for who they are then we would hopefully see lower mental health issues. He believes everyone will have felt on the periphery at some point in our lives and this makes you re-think life and how you navigate through it.

Busting the myths of inter-generational stereotypes
Everyone should feel as though they belong, are welcome and valued